How To Make "Budget" 'F'-Script Bolts 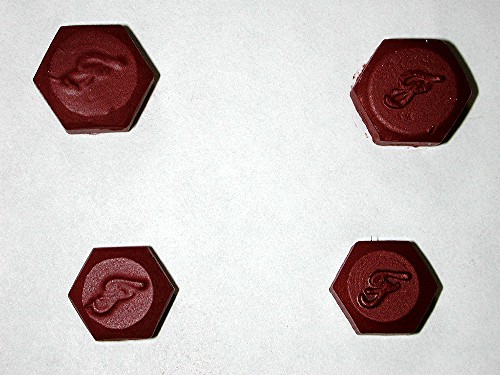 Which of the above bolts are originals and which are not? Need help? The ones on the right are the original bolts! If you've watched eBay, you've seen that the price of original 'F'-script bolts is amazingly high. Reproduction bolts are also priced over $1.00 and as high as $3.50 for larger sizes. Even with these high prices you don't know exactly what SAE grade the bolt is. Well, forget about guessing, how about "casting" your own using an amazing product, J & B Magic Weld! J & B Magic weld has virtually the same properties as steel when it's fully hardened and cured and it holds up to heat wonderfully. There is no reason a "cast" 'F'-script bolt couldn't perform perfectly in any application on a jeep as long as the bolt used is of the approved SAE grade!